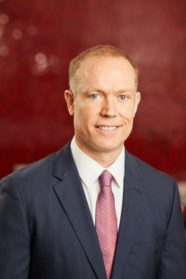 Dr. Kirk Scott specializes in the full spectrum of oral, implant, and maxillofacial surgery. His drive for perfection in dental implant surgery has made Dr. Scott one of the most sought-after oral surgeons in the area. Dr. Scott has placed well over 13,000 dental implants in his career.

The care Dr. Kirk Scott provides is unique, in that he has both medical and dental degrees. Dr. Scott first received his dental degree at Baylor College of Dentistry. He then received his medical degree from the University of Texas Southwestern Medical School. He completed his 6 years of residency at UT Southwestern, considered to be one of the world’s most elite training programs in Oral & Maxillofacial surgery. D-the-best-list His extensive experience and training in reconstructive maxillofacial surgery allows him to offer highly advanced procedures, which means better patient outcomes and shorter healing times. He has been recognized on multiple occasions by D Magazine and Texas Monthly magazine for his reputation in the field of Oral & Maxillofacial Surgery. These awards were based upon votes from his medical and dental colleagues choosing the doctors whom they themselves would elect to see for their own family members. Dr. Scott practices science based medicine and focuses his attention on staying abreast of the most current practice trends available. His passion is advancing techniques to match the expectations that tomorrow’s medicine promises to give. Dr. Kirk Scott and his staff strive to make the patient visit as pleasant as possible in their comfortable, technologically advanced environment. Integrity and superior healthcare is paramount. Dr. Kirk Scott is board certified by the American Board of Oral & Maxillofacial Surgery and is a Fellow of the American Association of Oral & Maxillofacial Surgeons. He is a member of numerous medical & dental associations on both national and local levels.

Schedule an Appointment
Back to the top